What follows are ten suggestions of “things to do” that should be of interest to any American student living in Alcalá. Without a doubt, you will have heard – or you will hear soon – about the most iconic sites of the city, such as the Catedral Magistral, the Casa de Cervantes, the Casa de Hippolytus, the archeological site of Complutum, and all of the beautiful buildings that make up the University. And so, I have chosen to leave these places off the list in favor of letting you know about some of the lesser known points of interest that most newly-arrived students will not be aware of.

Hiking the Ecce Homo trail is a great way to get out of the city and enjoy nature without having to go very far at all. The trail is part of the Parque Natural de los Cerros, which comprises a handful of trails, some of which can be done on bike. It is true that the park’s official entrance is a little difficult to access without a car; however, the trailheads can be reached on foot from the city center, and it is totally worth doing. One highly recommendable option is to befriend a native of Alcalá who can take you there. In fact, this is good advice in general: make friends with la gente de Alcalá!

The trail leads you through a mostly-wooded path to the top of the Ecce Homo hill, from whose summit you get a great panoramic view of Alcalá and the surrounding area known as the Corredor del Henares. On a clear day, you can see the four skyscrapers of Madrid. So take a sandwich, some fruit, plenty of water, and a few friends for this enjoyable and moderate hike of about 13km.

Don’t miss the opportunity to see a show in this classical theater located along the perimeter of the Plaza Cervantes. The programing of the Corral is diverse, featuring plays, operas, musicals, and more. This is a wonderful chance to see a classical theatrical work by Lope de Vega, Miguel de Cervantes, or one of the other masters of the Spanish language. The Corral also presents new works by contemporary artists.

Students who are enrolled in the University (and most likely study abroad students) can join the Alcine Club and take advantage of a wide range of films for a very reasonable price. The movies that are shown in the Teatro Salón Cervantes – which itself is quite beautiful and worth visiting – come from all over the world and are played in their original languages with subtitles, which is a luxury in Alcalá, since most movie theaters only tend to play films dubbed in Spanish. You can become an Alcine Club member for just 25 euros, and then each movie costs just 1 euro each. Movies are shown every Wednesday and Thursday at 6:30pm and 9:00pm.

At the beginning of October, the streets and plazas of Alcalá are reimagined as if it were the Spanish Golden Age for an entire week. The city celebrates the baptism of Cervantes by recreating what it was like during his historical moment. Hundreds of street venders set up shop in the center of town to sell all types of artisan crafts, drinks, and delicious food, which is heavily meat-oriented (though there is no shortage of pastries and sweets). Cervantes Week is an event that is enjoyed by people of all ages each and every year.

This little coffee shop quickly became a favorite among university students, especially those from the United States due to its offering of coffee-to-go. The place is very small – there isn’t even a place to sit – but that is perfectly fine because it is right on the Plaza de San Diego. What makes it even better is that, depending on where you sit, you can get access to the University’s WiFi. I wrote half of my master’s thesis seated cross-legged beneath the pine trees that shade the plaza with a café con leche at my side. The coffee is great, and the owner, Sergio, is extremely nice.

Alcalá de Henares has one of the largest communities of Romanian immigrants in all of Spain, and their bakeries are worth checking out, especially if you are having a craving for a fresh soft pretzel, which isn’t something you are bound to find in any Spanish bakery. They also tend to have a wide variety of cakes and other pastries. It’s an interesting thing to not only experience the Spanish culture in which you are immersed, but also the culture of an entirely different community that has set down roots in a new country.

The local food markets of Spain are incredible: full of unique colors, smells, and sounds that you won’t find anywhere else. It is very different than buying your groceries at the supermarket since each type of product is sold by a different vendor: the fish monger, the butcher, the baker, etc. Shopping at the Mercado Municipal is also a great opportunity to practice your Spanish. It forces you to speak directly with the vendors about the goods that they are selling, and you will not only improve your food vocabulary, but also your confidence. In addition, the vendors can give you suggestions for the best fruits and vegetables that are in season at that moment. It’s like a giant farmers market that is open every day throughout the year. It’s just shopping, but European-style, and I guarantee you will miss it once you come back to the States.

This restaurant is located in an old convent, and it is a lovely place to have a meal (the food is quite good, too). It is a bit expensive, so it’s probably best to eat there when your parents are in town visiting. In the event that that doesn’t happen, you should at least stop in for a coffee or a beer just to check it out.

The RSD Alcalá soccer team is a semi-professional team that plays in the third division. It’s certainly not like going to a Real Madrid game (which of course you should do if you have the chance), but the tickets will surely be much cheaper, and it’s a unique cultural experience that you are unlikely to have back home. 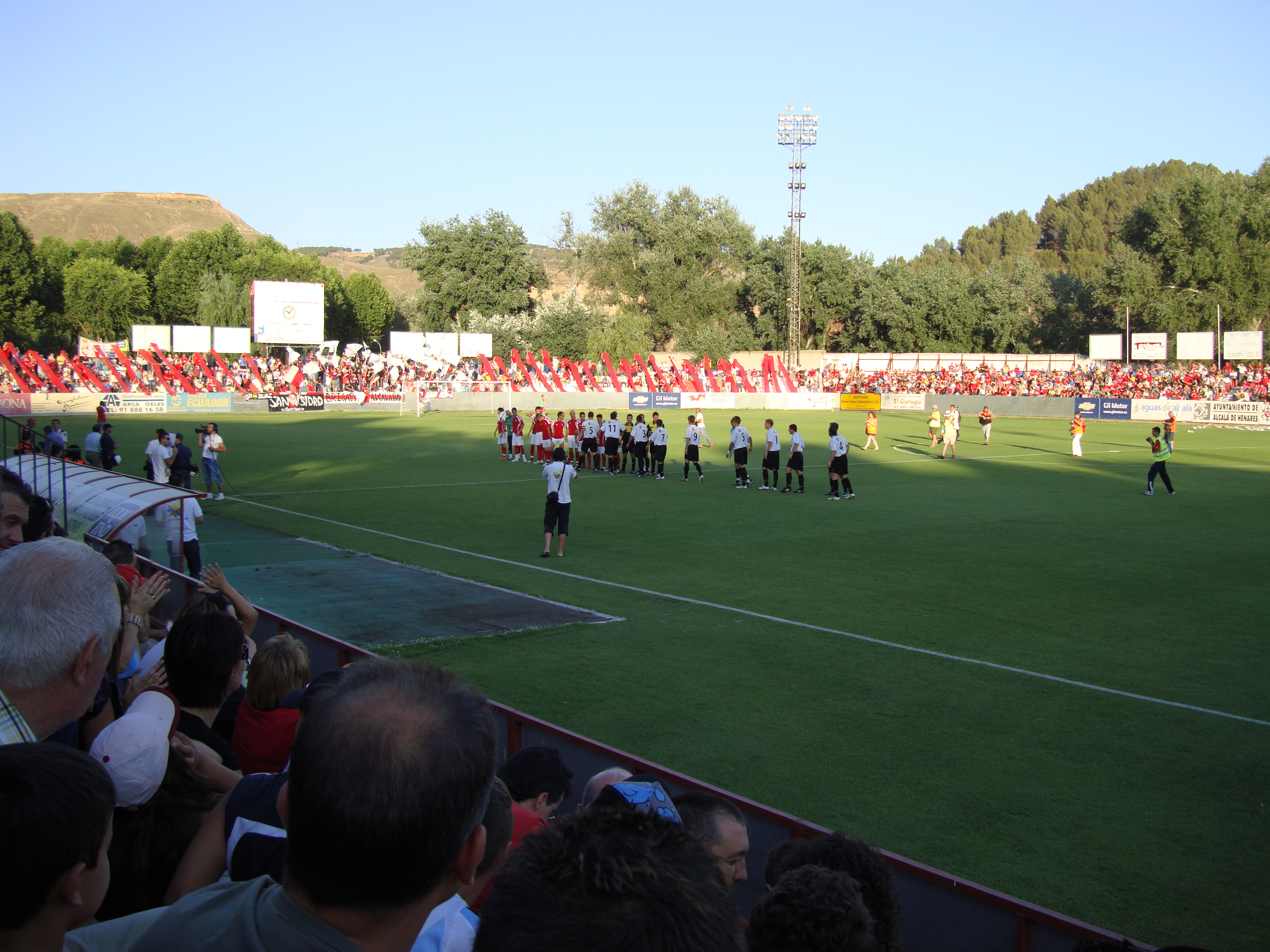 The Casas Regionales is a building that comprises four restaurants representing four different regions – or Comunidades Autónomas – of Spain. Here, you can experience the traditional gastronomy of Andalucía, Asturias, Castilla la Mancha, and Extremadura, each housed in their own respective restaurants. Going to the Casas Regionales on Calle Pescadería is like taking a culinary trip to four distinct regions of Spain without having to leave Alcalá. ¡Buen provecho!